The story of the Mimms Honda collective is one of the best known in tuner circles. Having started out as a local meet for Honda enthusiasts at the South Mimms service station near London, it’s since grown into a national phenomenon with high-profile events and a dedicated following - all while keeping its original name as a nod to its humble roots.

Mimms events are the highlights of most, if not all, Honda enthusiasts’ calendar. Track action runs alongside static shows, with hundreds of cars and thousands of fans attending. For Kev, having recently built his very low, very aggressive ‘kanjo’-style Honda Civic (EJ), making the festive pilgrimage to the Mimms Christmas Special in Warwickshire was a no-brainer. It was our first Mimms event, and I had neither a Honda, nor a vape - so I was yet to be convinced. But I did have a camera and spare time, so I couldn’t really say no…

We set out the night before so we could drive up at a relaxed pace, to accommodate potential delays and ensure we’d still arrive on time. After all, we had a big day of polishing wheels and standing around that we just could not afford to miss a minute of. 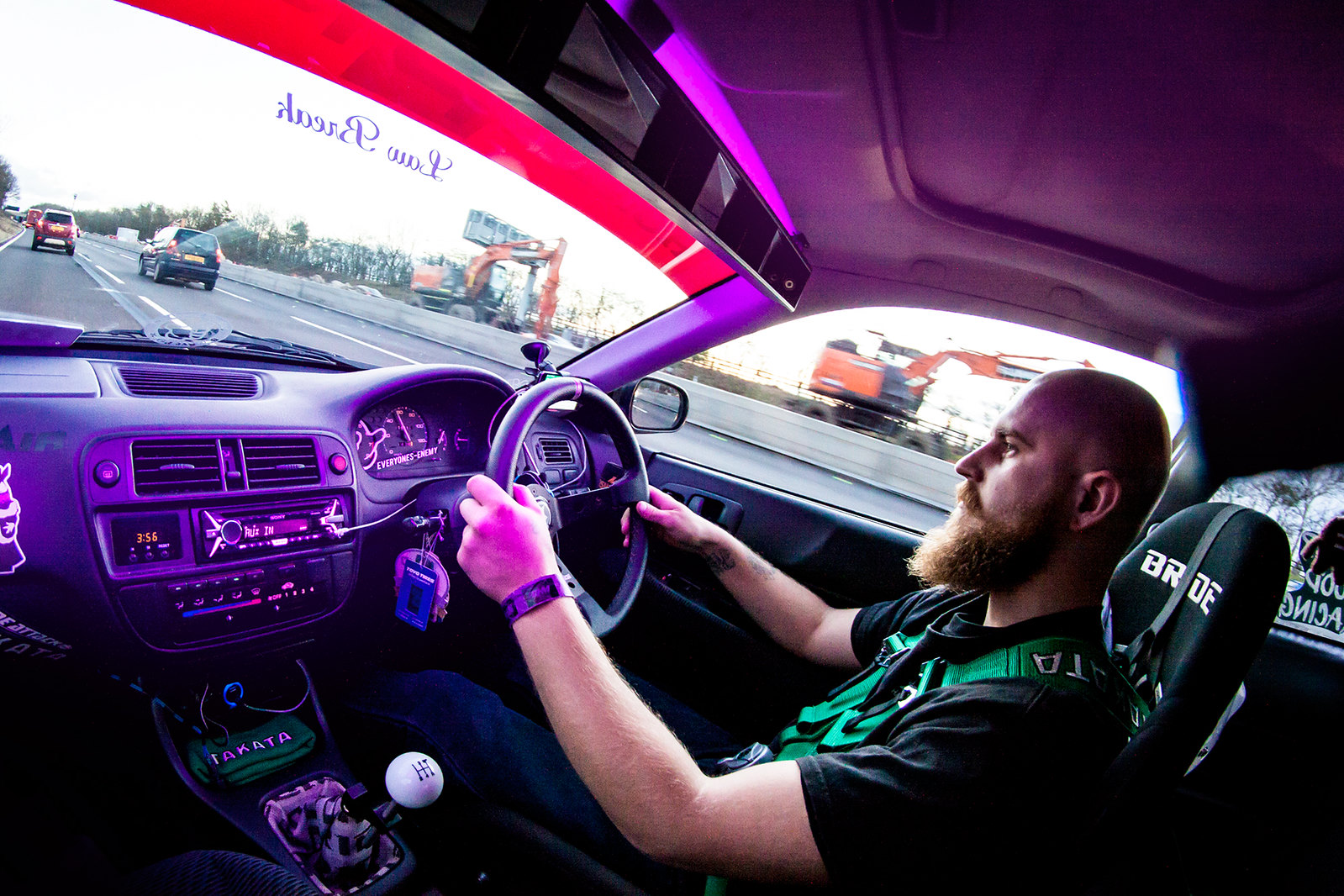 After arriving at 1am, we couldn’t find anywhere secluded to park up and sleep - so we drove around the pitch black country lanes and eventually pulled into a sketchy lay-by. Cars blasted past every few minutes and, crammed into the little Civic, we shut our eyes and restlessly, uncomfortably pretended to sleep.

We couldn’t crack the windows due to torrential rain, so we sat there awkwardly hotboxing in each other’s humid man-musk until another car parked up right next to us, despite having all of rural Warwickshire to pitch up in. There’s clearly no other reason to do this other than to propose, ahem, a romantic group liaison, and to perhaps to harvest our organs afterwards. It was almost dawn; we decided to avoid finding out our suitors’ intentions and moved on.

Many strong coffees and cigarettes later, we arrived at Mimms - bleary-eyed, underslept and looking like shit. As we entered the queue of Hondas, a thick, smoky fog suddenly descended around us - a strange localised meteorological phenomenon that smelt of cotton candy, apple pie and other popular vape flavours.

More than 200 Hondas representing more than 20 clubs convened at Stoneleigh Park in Coventry, each louder and more colourful than the next. Held indoors, the meet was smaller and more intimate than the usual Mimm’s fare. Despite its reduced scale and mostly static nature (with the exception of a rolling road), it still attracted the hardcore Honda devotees - including enthusiasts driving from Holland and Belgium.

It’s the dedication and enthusiasm that really stands out at Mimms - it’s a boundless foundation of inspiration and energy. Everyone is chatting away and sharing ideas - all with very different mentalities but one uniting love for Hamamatsu’s finest.

It wasn’t all sunshine and rainbows - the headline event of the day was the show n’ shine competition, which saw 40 immaculately presented Hondas of all ages and states of tune ruthlessly battle for top honours, their owners furiously buffing away. This was the real deal. Mint NA1 Honda NSX? Lightly fettled Honda S660? DC5s? Preludes? Check, check, check. Sign me up. 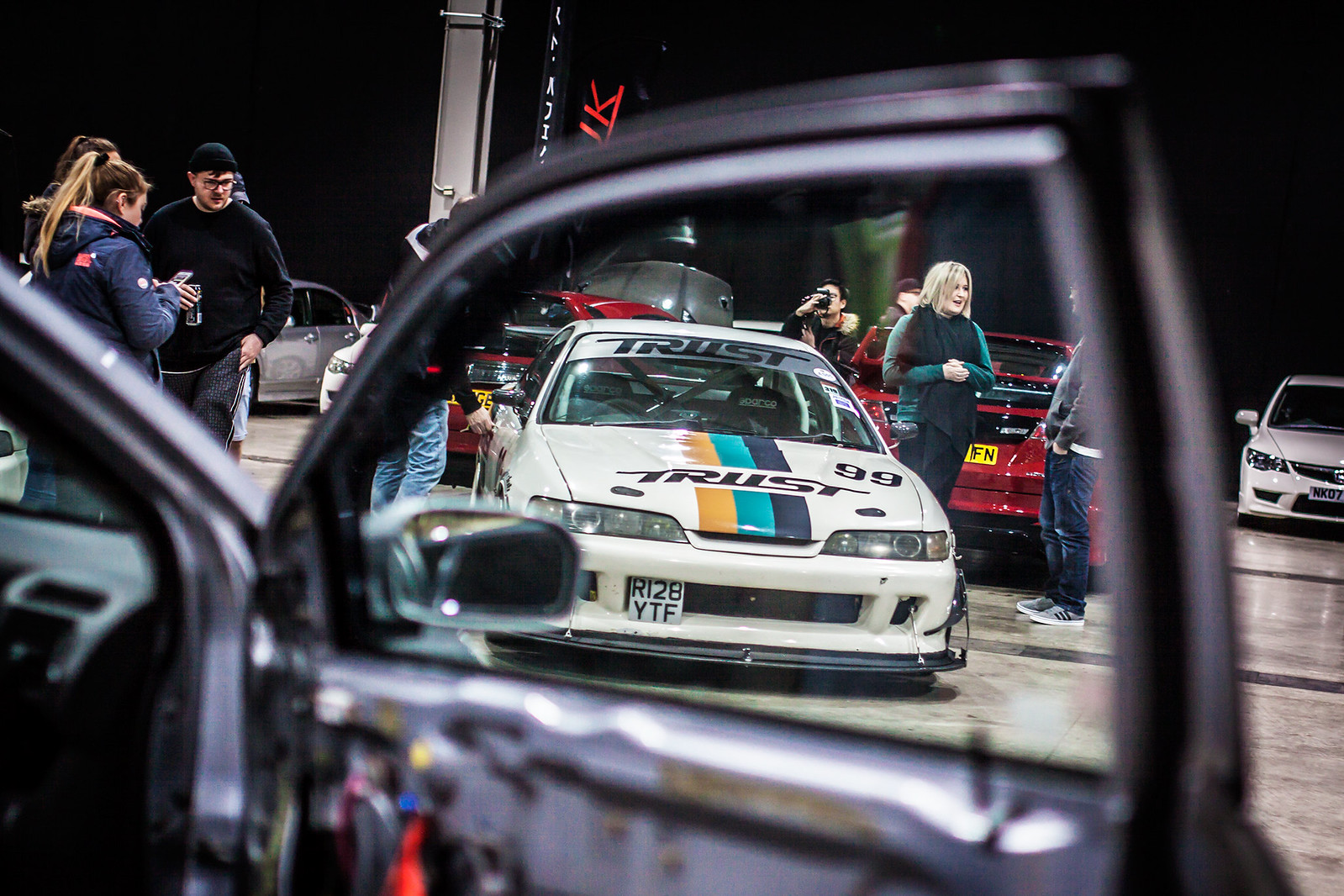 After many hours of polishing wheels and posting on Instagram, we reflected on the days’ events on the drive home from our first Mimms. In a total plot twist, Kevin was silent and melancholic, whilst I was brimming with enthusiasm.

Despite my initial scepticism (you’ll have noticed all the vaping references), I ended up buying a Honda shortly after (but not yet a vape) - while Kevin, disillusioned, sold his.

Funny how things work out. 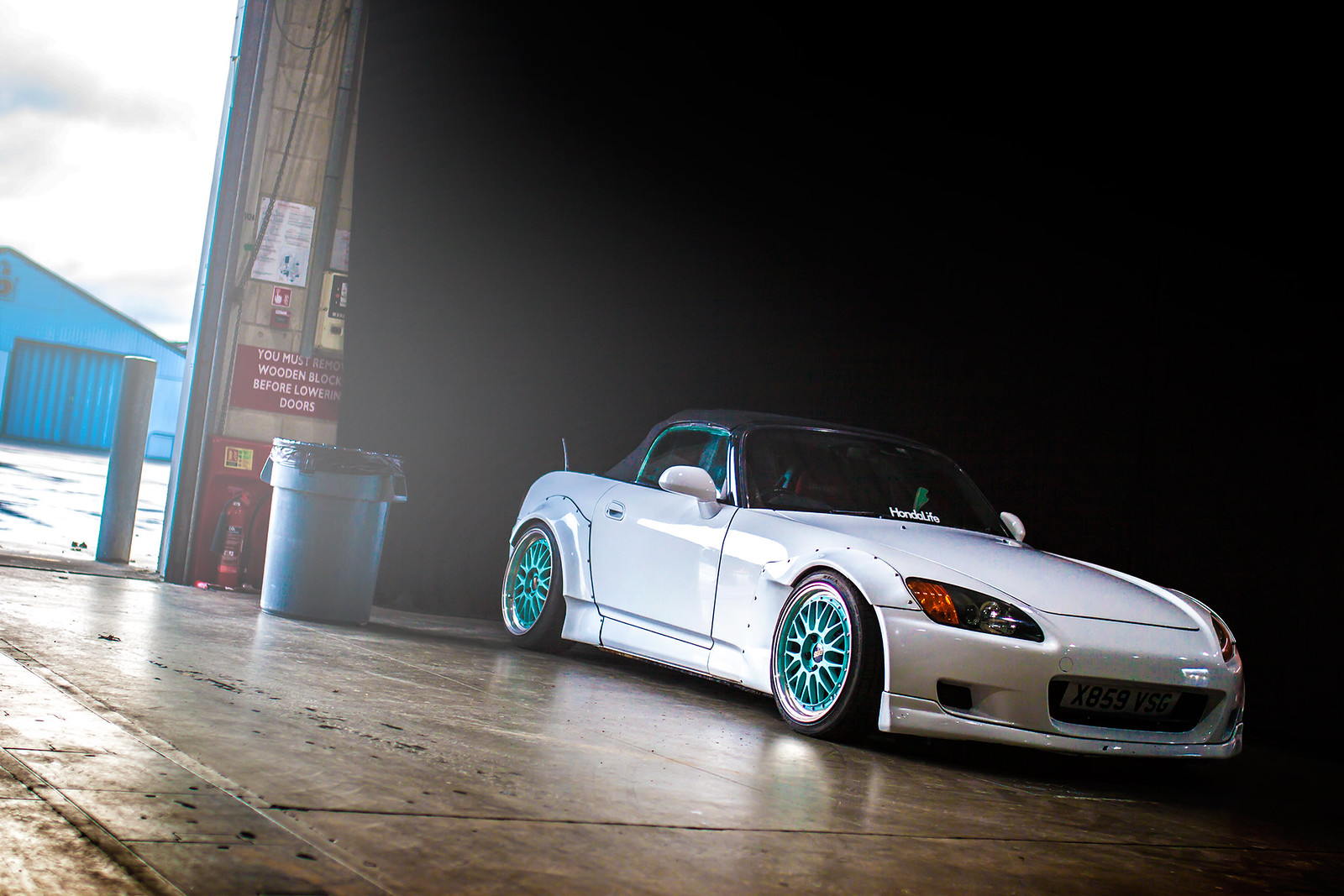