We blast to the coast to sample award-winning architecture and the finest bacon sarnies in the land… Naturally, with a dozen supercars for company.

It’s 6am as we purr into our meeting spot, a petrol garage outside Dorking. Our regular starting point, usually open at this time for fuel and coffee while we gather, it’s closed today with a length of striped tape blocking its entrance.

Not to worry - barely 46” high, our Alfa Romeo 4C slips underneath and we’re on the forecourt, the tape making it an exclusive club with a very selective dress-code - only the lowest cars need apply. 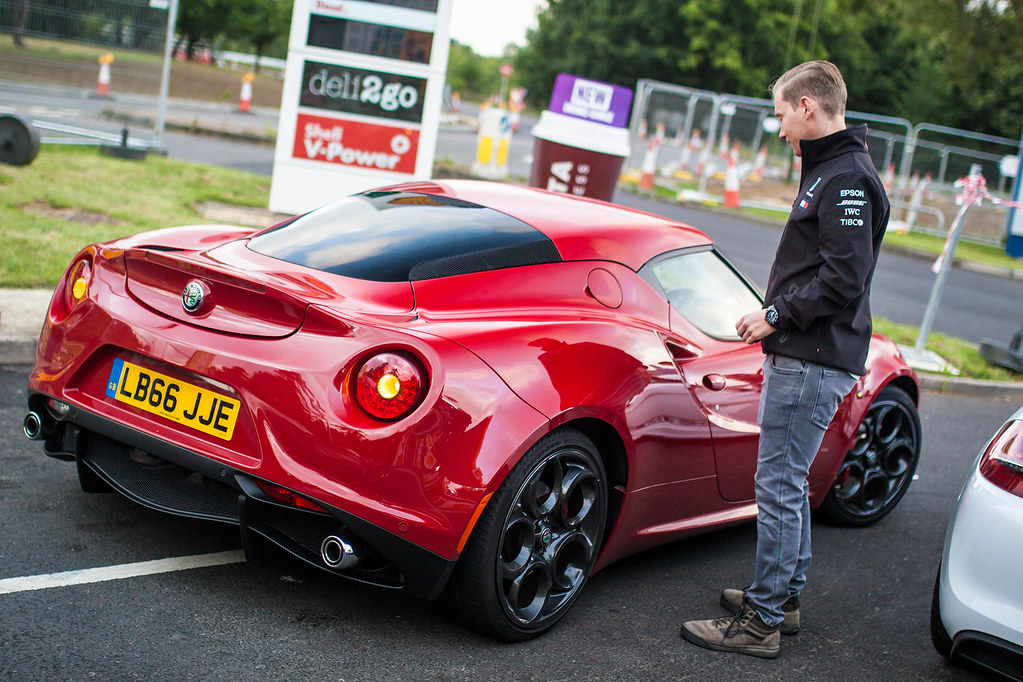 One by one, our companions trickle in - each more disappointed than the last at the news of no coffee. Quick briefing and roll call - McLaren 675LT, Ferrari 488 Spider, Jaguar F-Type SVR, Porsche Cayman GT4, Audi R8 V10, and so on. Present, present, present. Our destination? Breakfast at the exquisite East Beach Cafe on the Sussex coast, which, ahem, just so happens to be on the other side of the South Downs National Park, home to some of the South's most spectacular driving roads. Should be one hell of a morning.

Maps loaded and walkie-talkies powered on, we set off. 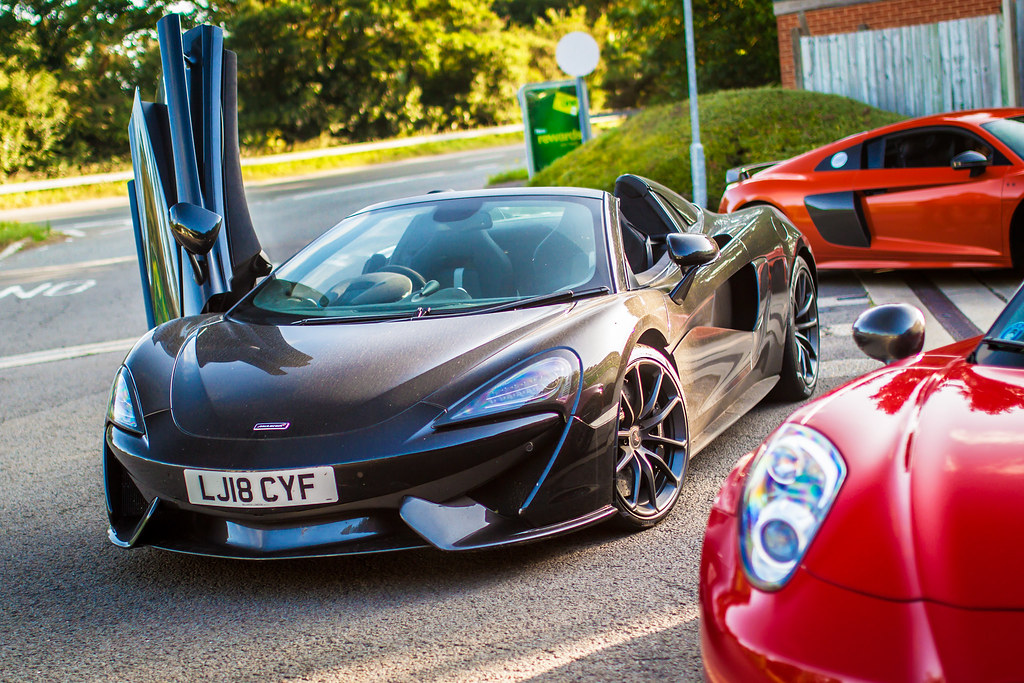 It’s a large group - and, caught up in various traffic lights and junctions, it inevitably splinters. For the initial faster sections, our playmates include the 675LT. In ‘Race’ mode, our Alfa takes just over four seconds to accelerate to 60 miles per hour - it's hardly a slouch. But the big ‘longtail’ McLaren is just on another level in terms of pure, unrelenting pace - and we abandon trying to keep up.

The tighter, undulating country lanes we reach later are where the Alfa truly pops and zings into life. Weighing up to 300kg less than ‘conventional’ modern supercars and equipped with a truly delectable suspension setup, it feels sure-footed and right at home on the twisties - and punches well above its weight. Contributing to its light weight are absent power steering - giving the car an incredibly organic road feel - and very little sound deadening, especially from the powertrain behind the driver’s seat. The cabin fills with angry induction howls, gearbox clunks and turbocharger whooshes. For a newly-built car, still under warranty, in this day and age, it's a real delight for the senses. Few contemporary cars come close in terms of sheer driving involvement.

As we near the coastline, we’re now running with a gaggle of 911 GT3s and the Cayman GT4 - and, while it lacks their raw savagery, the 4C certainly feels like it’s from their same graduating class at finishing school. Our lightweight quartet wails and howls its way to Littlehampton, regrouping where, we’re told, the restaurant should be. 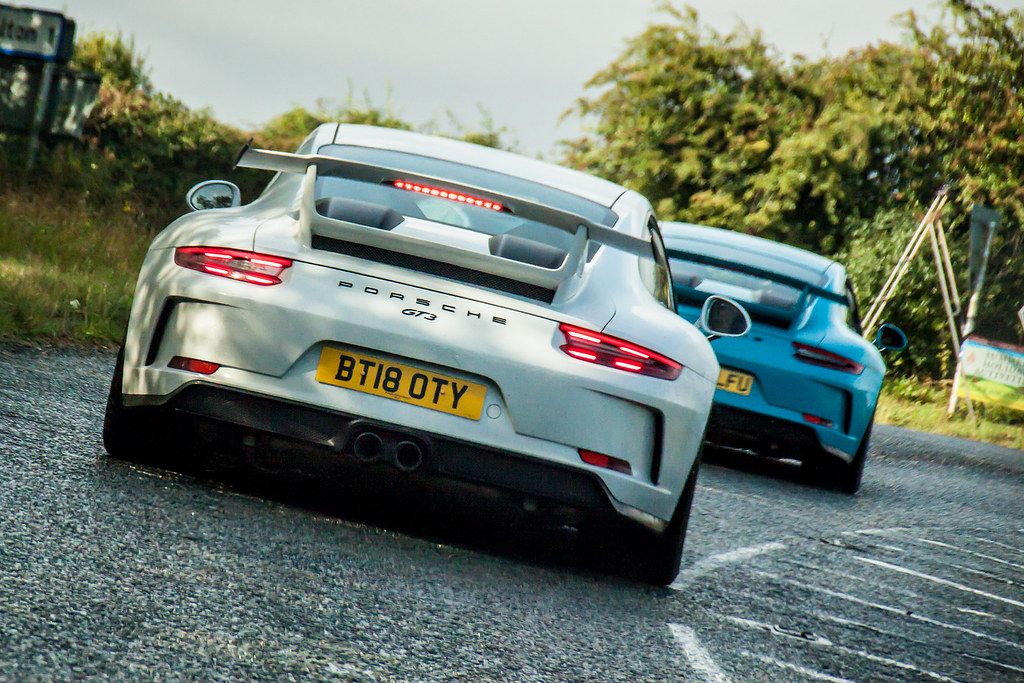 Looking like an enormous avant garde art installation overlooking the sea, the East Beach Cafe catches us off guard with its entirely unconventional looks. But walking around it, it becomes clear that, indeed, there’s a restaurant nestled inside. It’s an award-winning Thomas Heatherwick design that, unsurprisingly, has polarised the locals.

As we finally tuck into our much-needed coffees and bacon sarnies, having left our colourful and loud machines outside, we realise we might have found our happy place.

[Editor's note: A huge 'Thank you!' to our friends at the amazing Supercar Driver club for arranging such a spectacular morning drive!] 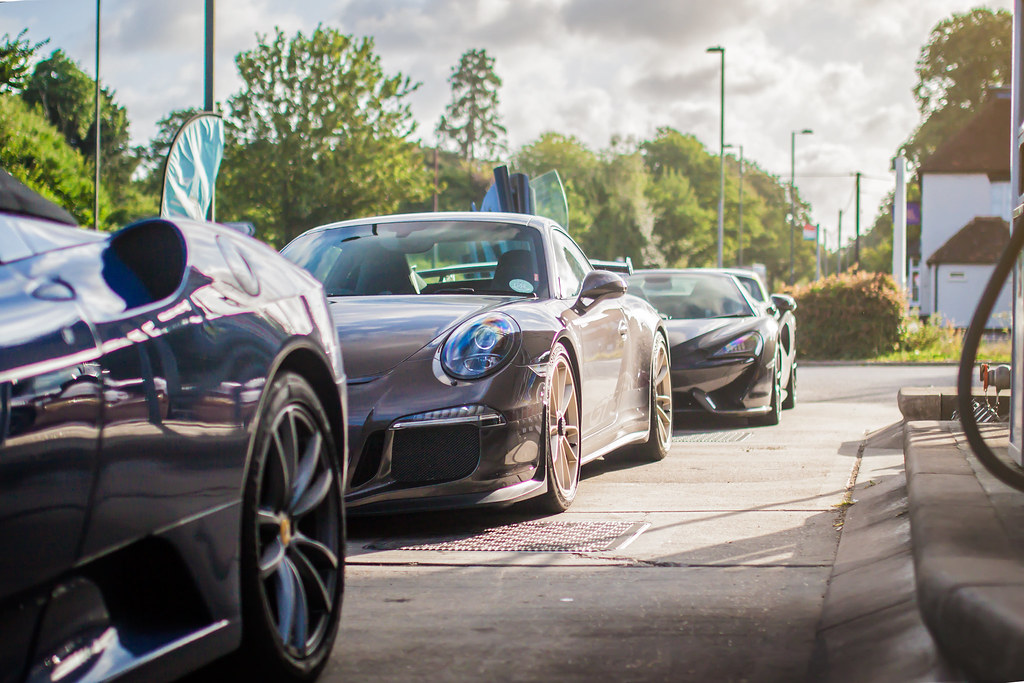